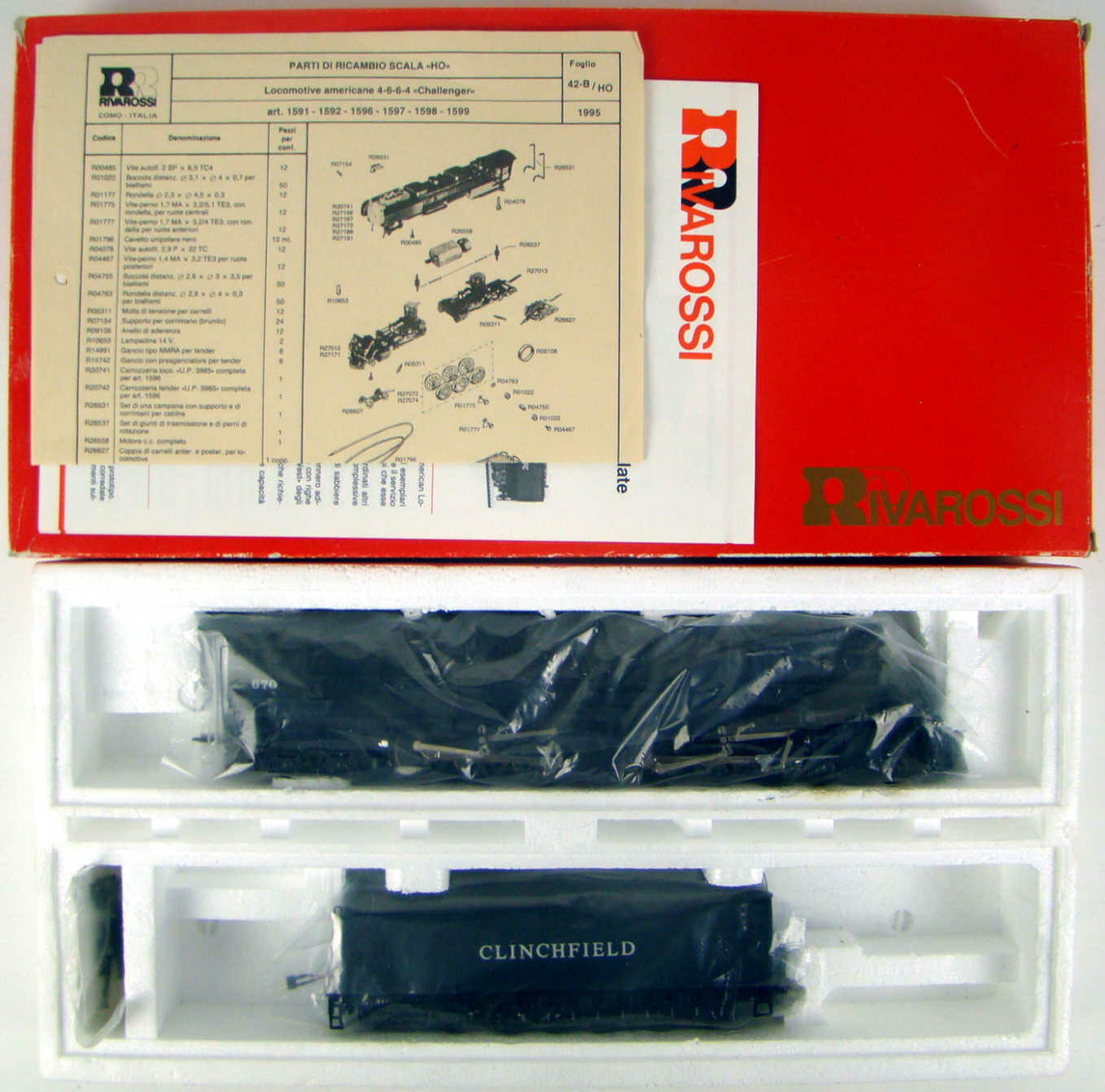 While a large number of Challengers found service out West, 4-6-6-4s had colorful careers in the East, too. In 1942, eight Challengers were initially ordered by Clinchfield, and after the war they received four additional units. The Clinchfield Railroad also purchased six final Challenger locomotives in 1947 that the D&RGW had rejected a few years earlier and sent back to the War Production Board. Number 670 was one of these.

On the Clinchfield, the single stack ALCO-built Challengers were used to haul Appalachian coal until dieselization forced them to the scrap yard in the early 1950s.

The FINAL and FINEST Rivarossi Challenger


HO Scale 1:87
Save this product for later
Display prices in: USD