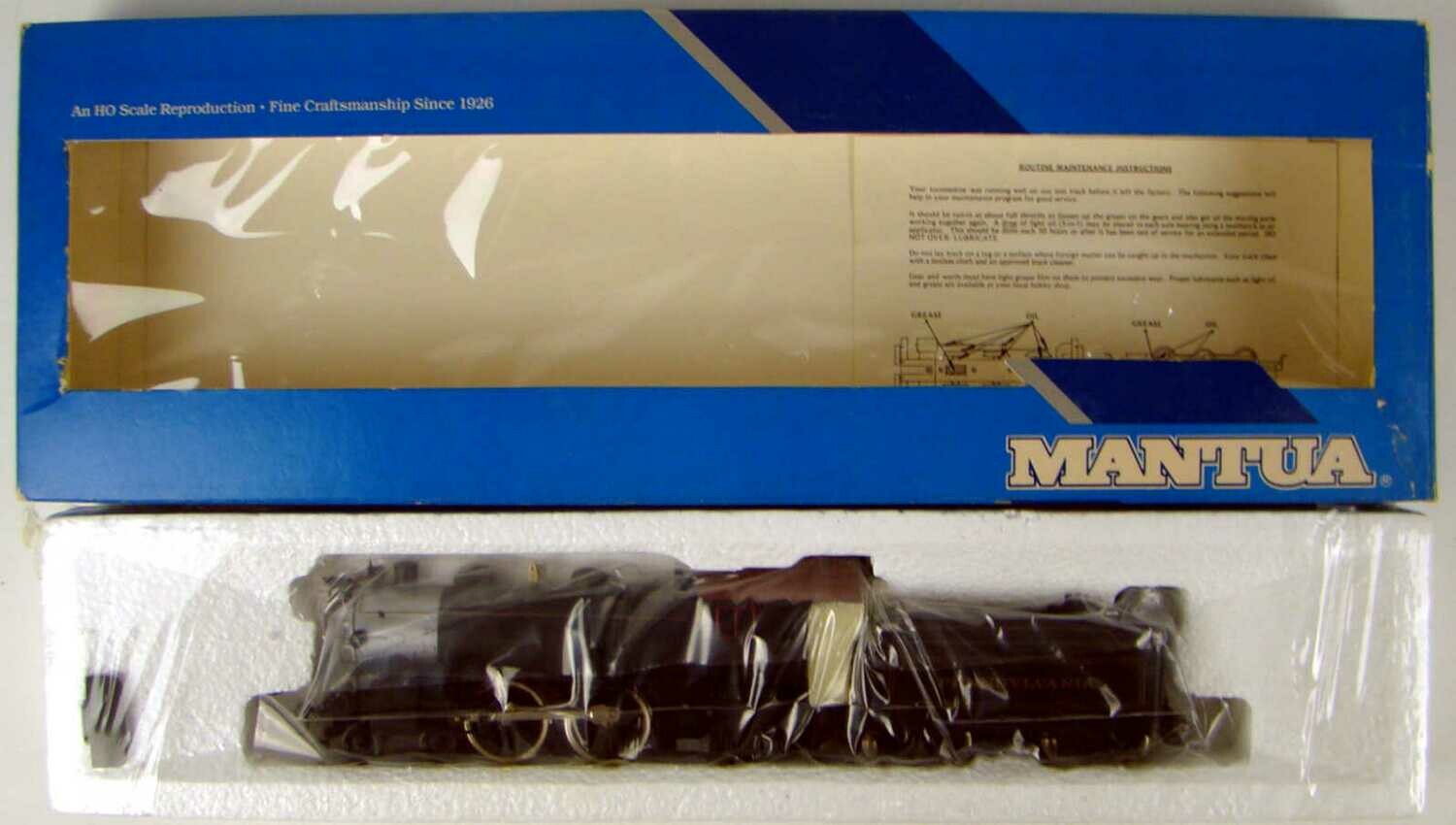 It was a Pennsylvania Railroad Atlantic that led the way on the world's fastest railroad run on June 12, 1905, reaching a record breaking speed of 127.1 mph across the Ohio landscape. It was, however, another Pennsy E6 4-4-2 that would become the most famous of all and give the E6 Class the name "Atlantic". Check the "Blog" section of this website for a fascinating look at survivor Pennsy E6 #460, the "Lindbergh Special".

This NEW Mantua 336-020 Pennsy E6 #460 "Lindbergh Special" 4-4-2 Atlantic Locomotive was handsomely recreated by Mantua with authentic features which include a Stephenson valve gear, Belpaire firebox, 80" spoke drivers, full size ash pan and illuminated marker and reversing lamps. With elegant proportions, stately drivers, massive boiler and large trailing truck, the Atlantic was one of the most beautiful locomotives to fly across the rails.

First introduced in 1986, the 4-4-2 graced the Mantua catalog until 1989. After a five year hiatus, it reappeared in 1994 with C&NW livery and remained in the catalog until Mantua's eventual demise in 2001. It remains one of the most remarkable model locomotives ever produced.