Headquartered, as we are, in Denver, Colorado, we are fortunate indeed to be a mere 100 miles south of Cheyenne, Wyoming home of the Union Pacific Railroad. With it's magnificent Roundhouse, 118' high Clock Tower, Museum, Yards and incredible survivor steam locomotives Cheyenne has been a frequent destination of ours and, indeed, largely owes it's founding and fascinating history to the UP. This all being said it was only natural for us to model UP Harriman Class T-57 4-6-0 Survivor #1242 as the motive power for our superb, one-of-a-kind MRRHQ Custom Roundhouse/Walthers UP Work Train.

"Union Pacific Class T-57 #1242 is on display in the Cheyenne Botanic Gardens on Carey Ave not far off Exit 11 on the I-25. The locomotive, known as "The 1242" as well as "Old Sadie", is a Ten Wheeler (4-6-0) type built in 1890 in the Patterson, NJ, workshops of the Cooke Locomotive & Machine Works (later part of Alco). #1242 was donated to the City of Cheyenne, WY, in 1955 and is one of the oldest surviving locomotives from the Union Pacific roster. It is one of only two surviving engines owned by the Union Pacific from the era when E. H. Harriman controlled the railroad. #1242 made its final run on 15th May 1954." (Courtesy of rgusrail.com. Click HERE to visit. 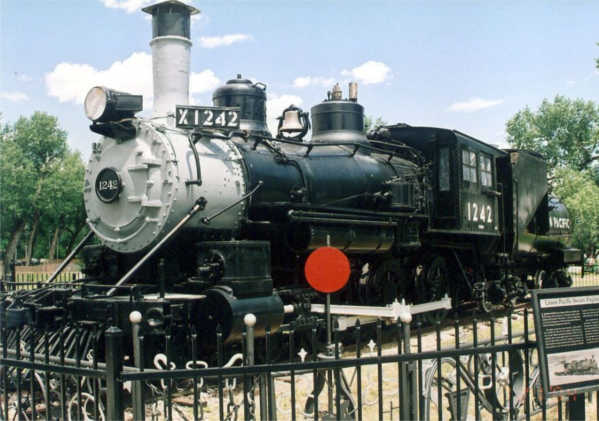 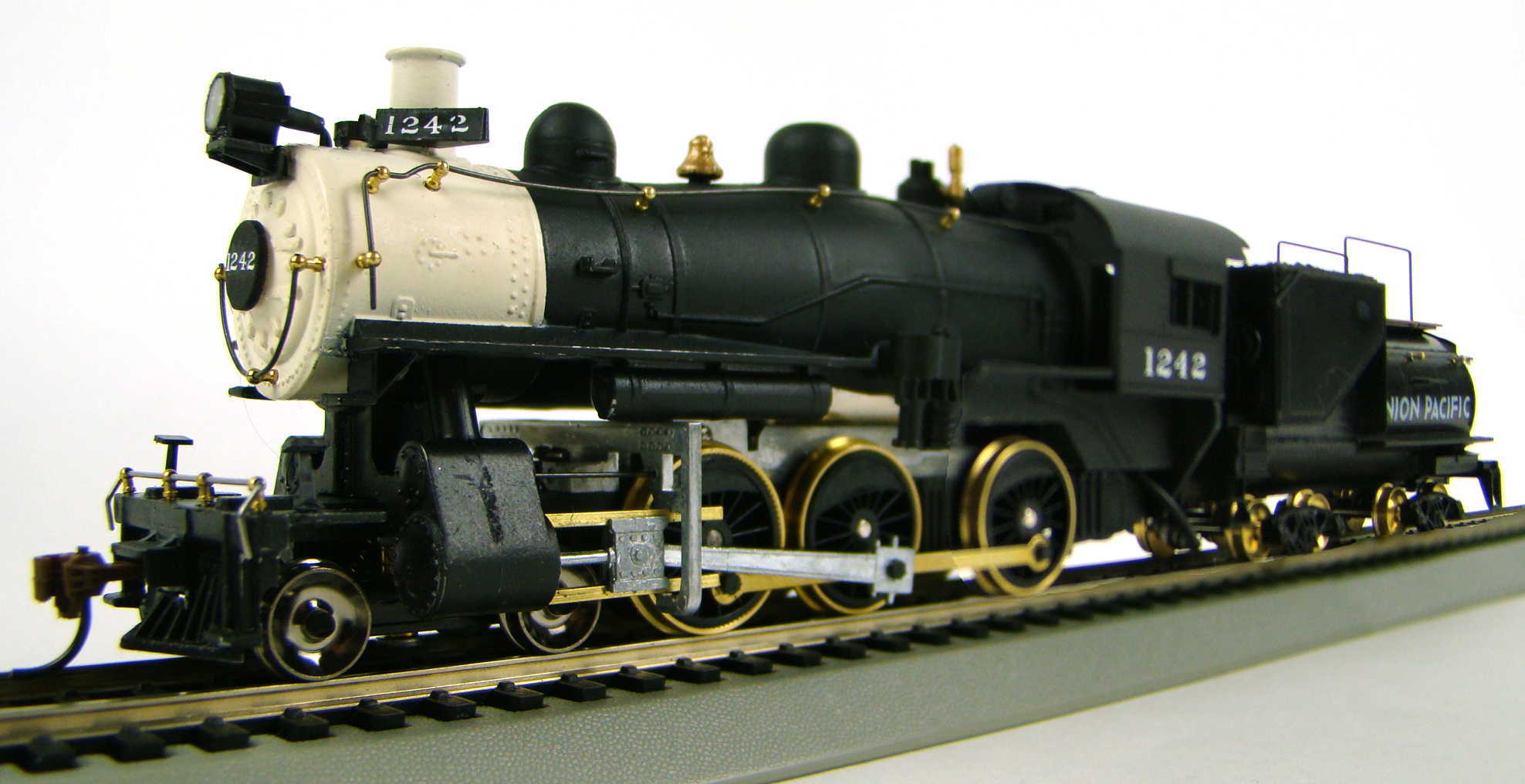