CP 1098, a Canadian Pacific 10-wheeler, now sits in the RBMN Yard at Port Clinton, PA. Originally built by the Canadian Locomotive Company, Kingston, Ontario in 1913 for the Canadian Pacific Railway, this engine weighs roughly 100 tons and has about 33,000 lbs. of tractive effort.

She served her owner for decades before coming into the "Steamtown" collection of F. Nelson Blount when Canadian steam operations ended. She later became part of the Steamtown Foundation Collection when Steamtown moved from Bellows Falls, Vt. to Scranton, PA. In 1987, she was purchased by Railtours operator George Hart, who ran her in excursion service for about 10 years. Last steamed in the late 1990s, she is now in the custody of the Reading & Northern at Port Clinton and is currently stored awaiting her turn as a possible restoration candidate.

Starting with a Vintage, Mint Roundhouse 454 Canadian Pacific 4-6-0 Kit, we lovingly recreated CP 1098 in it's prime as the heirloom pulling power for this one-of-a-kind Mixed Freight/Passenger Set. You will never see another like it. 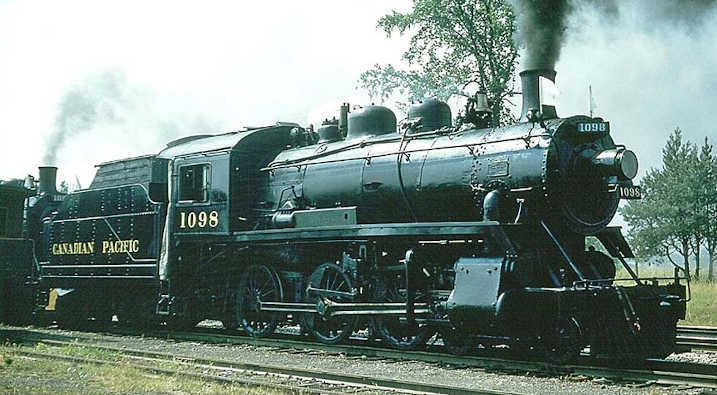 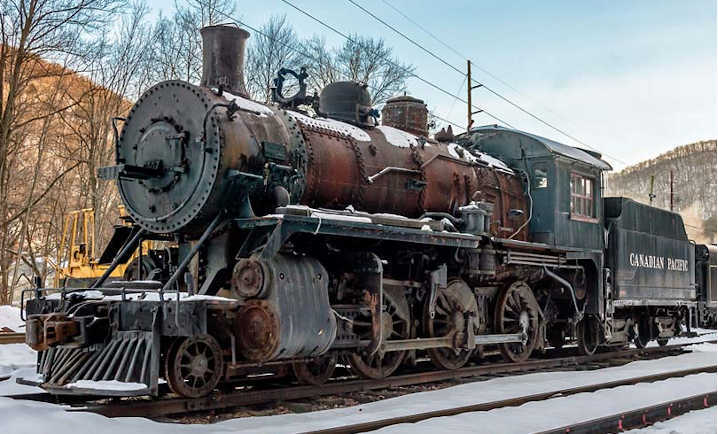