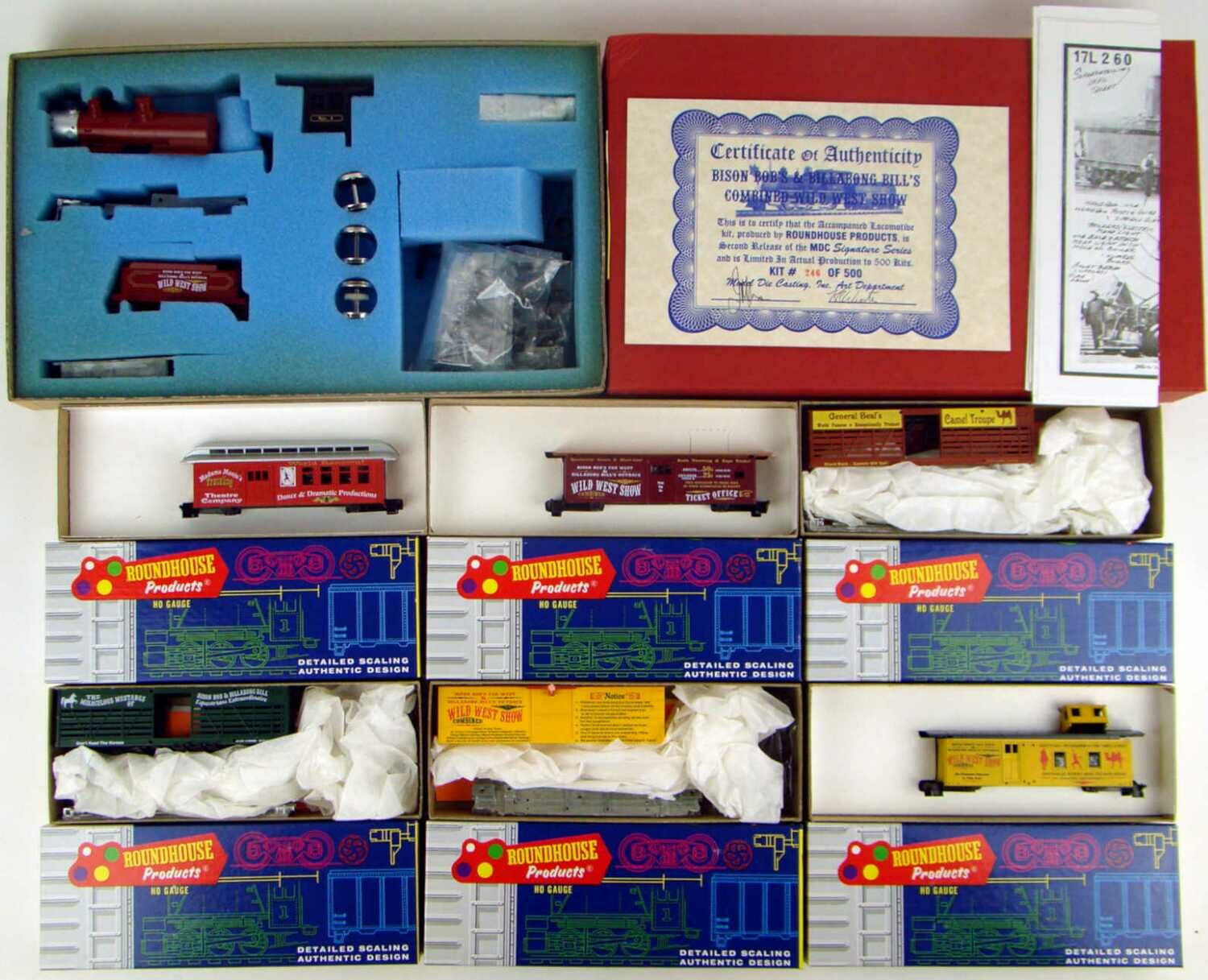 This is a rare opportunity to own one of rarest Roundhouse Circus Series and we're not gonna let 'em be split up. To wit, we've corralled the sensational locomotive and all six cars together in our MRRHQ Collectible Roundhouse HO Scale Bison Bob's Far West & Billabong Bill's Outback Combined Wild West Show Collection.

There's only one of these sets available so one of you lucky folks out there better get a rope around it. Now.