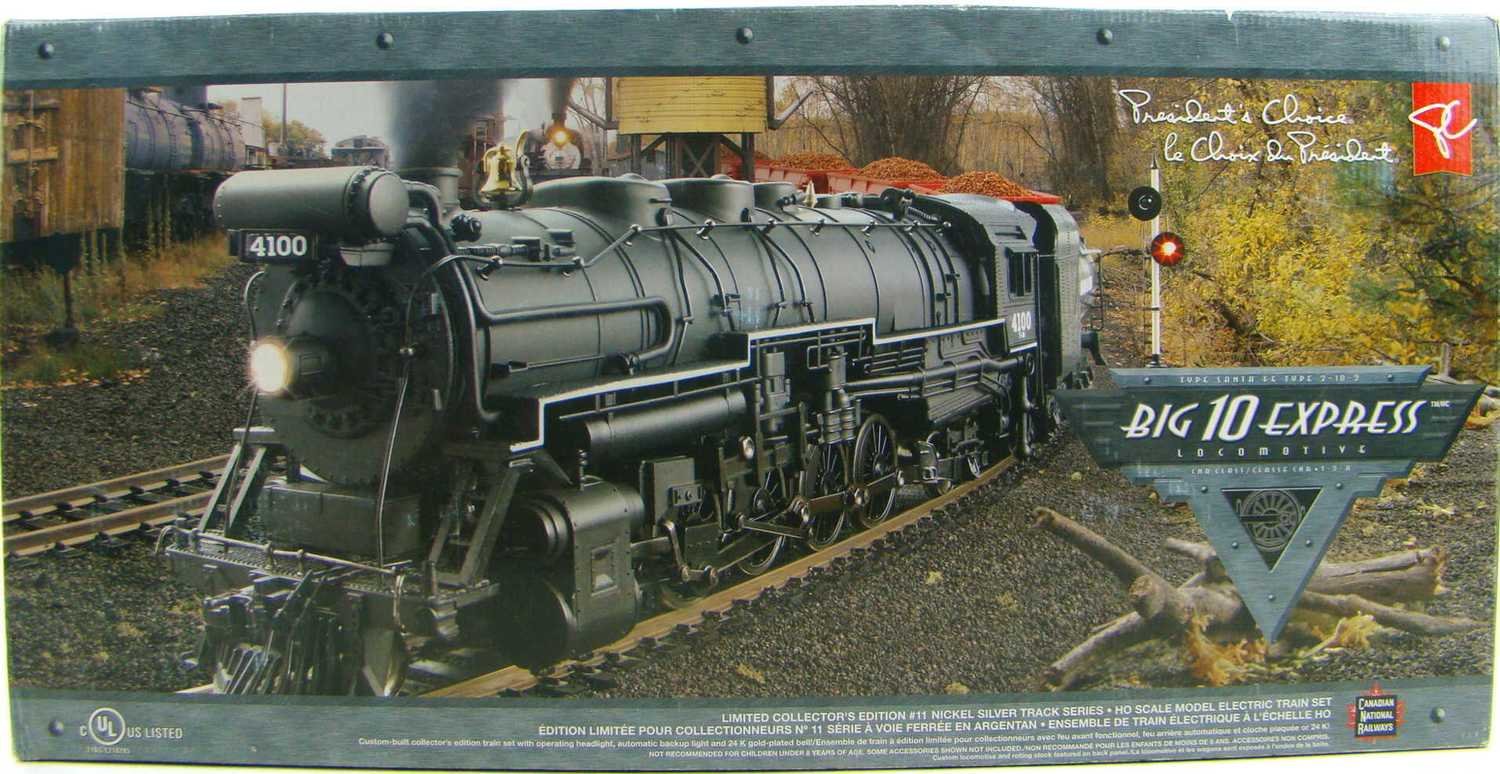 "Built by the Canadian Locomotive Works for the Canadian National Railway in 1924, this Big 10, known as the "Battleship on Wheels" was the largest freight locomotive ever owned by the CNR. Named after it’s American counterparts which traveled along the Santa Fe Railway lines, the 2-10-2 Class T-2-a Santa Fe was the most powerful locomotive in all of the British Empire.

With all its brawn and might, it became a behind-the-scenes workhorse, a veritable unsung hero in Canadian rail history. Even though it didn’t have the glamorous mission of transporting passengers from coast to coast like some of the other, more prestigious locomotives, the Santa Fe played a pivotal role in linking the two major Canadian railways. Offering pusher and transfer services, these titans orchestrated freight interchange between the Canadian National and Canadian Pacific railways, allowing goods to travel freely throughout the land.

It did, however, get involved indirectly in passenger transportation: some Santa Fe locomotives were used to wet down the tracks on the dustier corridors prior to passenger trains traveling through. This kept the passenger cars (and their precious cargo) clean!

Of the seventy-five T-2-a Santa Fe locomotives produced for the CNR, most spent their working careers in the Toronto area. Railroad lore suggests that one of these powerhouses, with its incredible brute pulling force, helped tear down Toronto’s old Union Station a short time after the new station opened it’s doors in 1927.

The T-2-a’s ever-reliable performance made it a vital revenue-generating tool and an indispensable asset to Canadian rail transportation. Our collector’s edition PC Big 10 Express is a faithful reproduction of this classic steam locomotive and is compatible with all HO Scale model electric train sets, including our entire President’s Choice Collector’s Series."


Questions? Need advice? The modelers from MRRHQ are ready to help 24/7 @970-988-2866 or email us
Save this product for later
Display prices in: USD
bottom of page