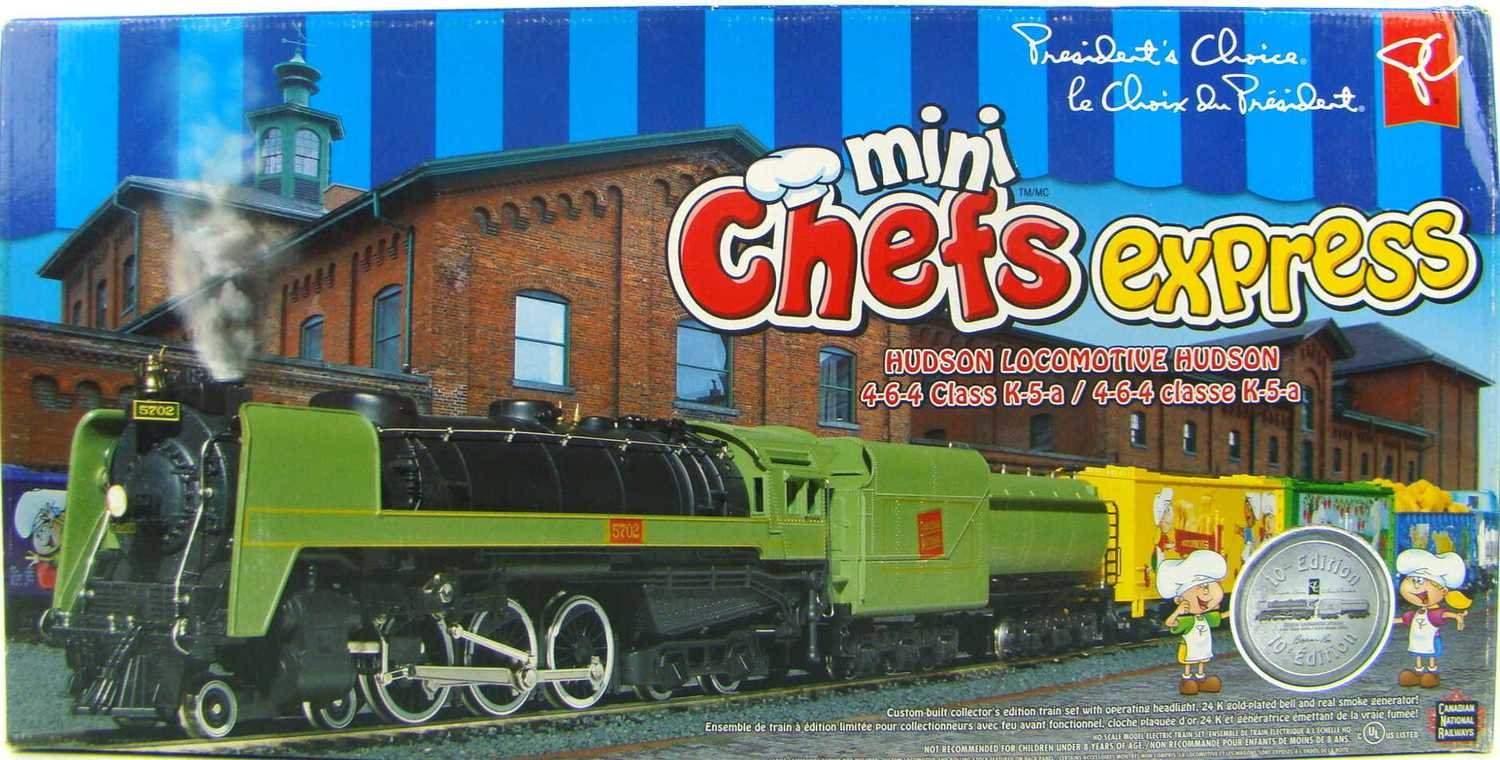 "Built by Montreal Locomotive Works for the Canadian National Railway in 1930, the 4-6-4 Class K-5-a Hudson locomotive played a pivotal role in Canadian rail history. Averaging 65 miles per hour along the Toronto – Montreal corridor, it kept its schedule over 90 percent of the time, earning it the name Speed Queen. Of the five beautifully designed locomotives numbered 5700 trough 5704, only two remain today: 5700 and 5702. Sadly, the others were destroyed.

To honor the classic locomotives that helped built this great land, the President’s Choice® team has been developing high quality HO scale train sets for serious collectors and hobbyists since the early 1990s. All 9 previous editions are depicted below.

Specially commissioned to commemorate the production of the 10th PC® train, this limited edition set features a faithful reproduction of the vintage Hudson, complete with a real smoke generator. To add to the authenticity, we’ve numbered it 5702 and have equipped it with the 02’s unique feature: elephant ears smoke filters. Not only were these filters visually appealing, they also proven to be a valuable technological advancement, as they cut through the air and lifted the smoke away from the locomotive and the cars.

To help highlight this important milestone in the history of the PC® train, we’ve replaced our customary historical markings on the 5 freight cars and the caboose with detailed illustrations of our playful PC® Mini Chefs™ characters. Perfect as a gift or a valuable addition to any collection, it will surely be given the thumbs up by kids and model train enthusiasts alike!"