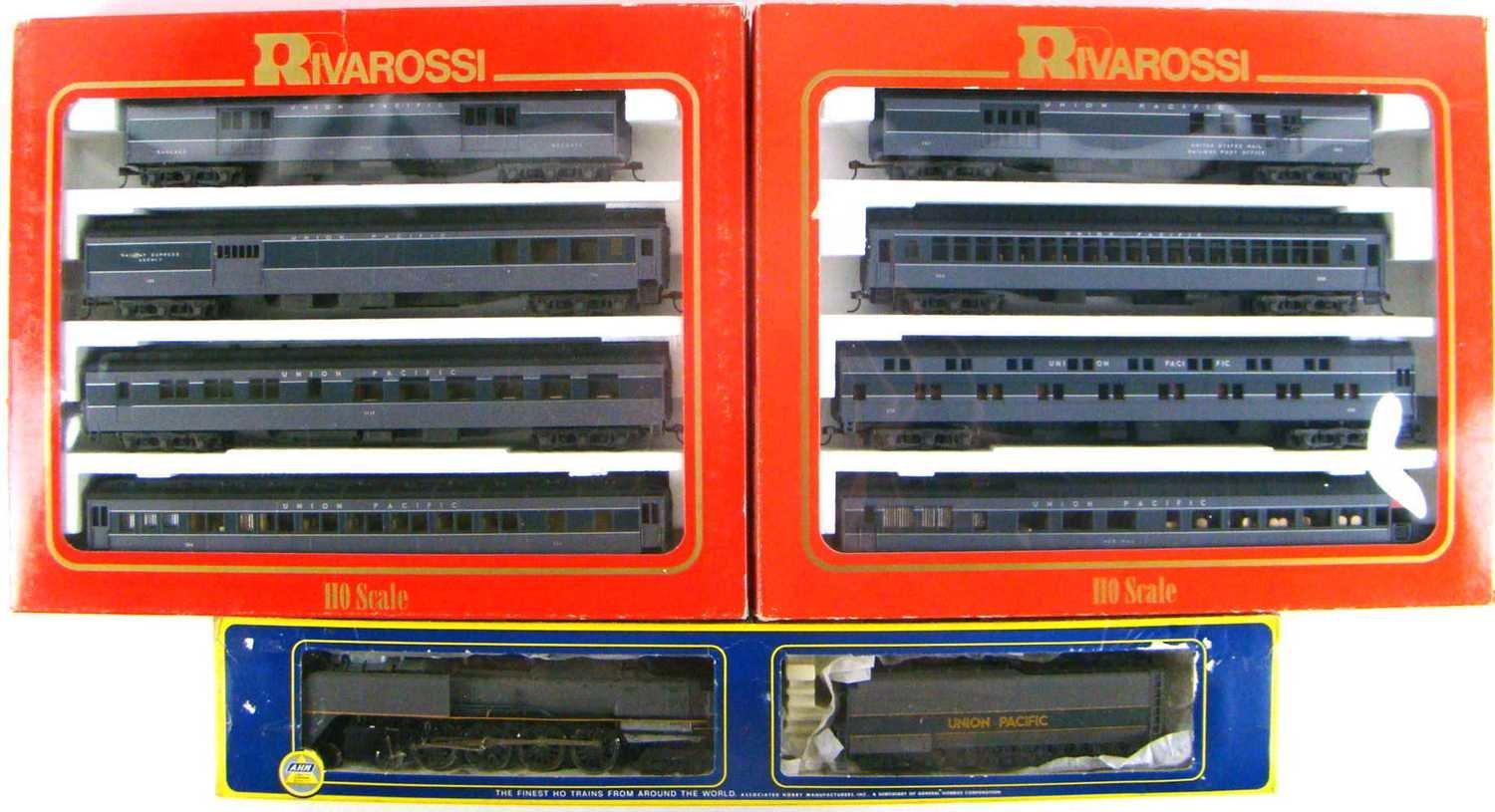 The last group of 10, Class FEF-3 “Northerns” were delivered in 1944 and were assigned road numbers 835 through 844. These FEF-3s were very similar to the Class FEF-2's. The FEF-3 class represented the epitome of dual-service steam locomotive development

The last of the class, #844. never actually left service. Its 1957-1959 stint of freight work was its last revenue work. Saved from scrapping in 1960, #844 was chosen for rebuilding and is now used on company and public excursion trains, Today, it is one of UP's oldest serving locomotives as well as the only steam locomotive never retired by a North American Class I railroad. 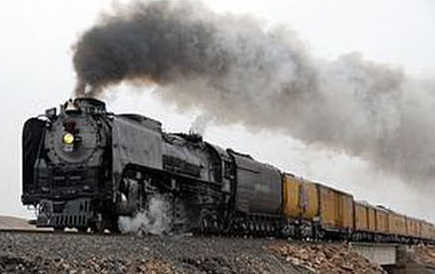 From 1979 until their original demise in 1997, Rivarossi produced standard and extra highly detailed limited production run versions of the Union Pacific FEF-3 4-8-4 Northern in six different road numbers. Road Number 836, like the AHM5098-02 included in this set, was only produced between 1979 and 1983. Since AHM went belly up in the mid 1980's our super rare mint condition limited production run AHM5098-02 was certainly produced during that window and is very special indeed.

In the late 1980's, Rivarossi produced "A" and "B" passenger sets in a variety of road names. In typical Rivarossi fashion, there was a certain inconsistency to some of the sets. Typically, the non-baggage coaches all came standard with full interiors. Oddly, perhaps, the Duplex Sleeper in the UP "B" Set came w/o an interior. Go figure. Anyway, not to worry, we added one of our Custom Pullman Sleeper Interiors to the Sleeper AND added tinted acetate to the sky lights. We also added our MagLED® MLM1 Evolutionary Model Railroad Lighting System and (expensive) McHenry Knuckle Couplers to ALL the coaches. Done and done.