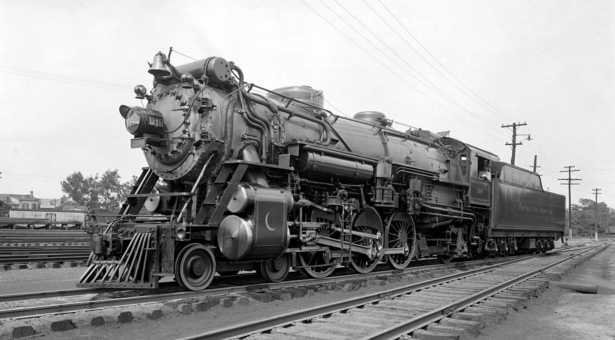 The Queens of Steam Locomotives

“In 1925, Southern Railway president Fairfax Harrison traveled to the United Kingdom, where he admired the country's London and North Eastern Railway's use of green-painted steam locomotives. In 1926, Harrison's trip had inspired the appearance of the second order of Ps-4s, which was being built by ALCO's Richmond Works at the time. These Ps-4s were painted in Sylvan green with gold leaf trimming and lettering. This order consisted of eleven engines for the Southern, numbered 1393-1404; seven for the Cincinnati, New Orleans and Texas Pacific, numbered 6476-6482; and four for the Alabama Great Southern, numbered 6688-6691.

The Ps-4 was a class of 4-6-2 steam locomotives are notable for their green with gold trim liveries and have been regarded by Smithsonian curator John H. White, Jr. as being "among the most celebrated passenger locomotives operated in the United States.” (From Wikipedia) Sole PS-4 survivor #1401 is on permanent display at the Smithsonian.