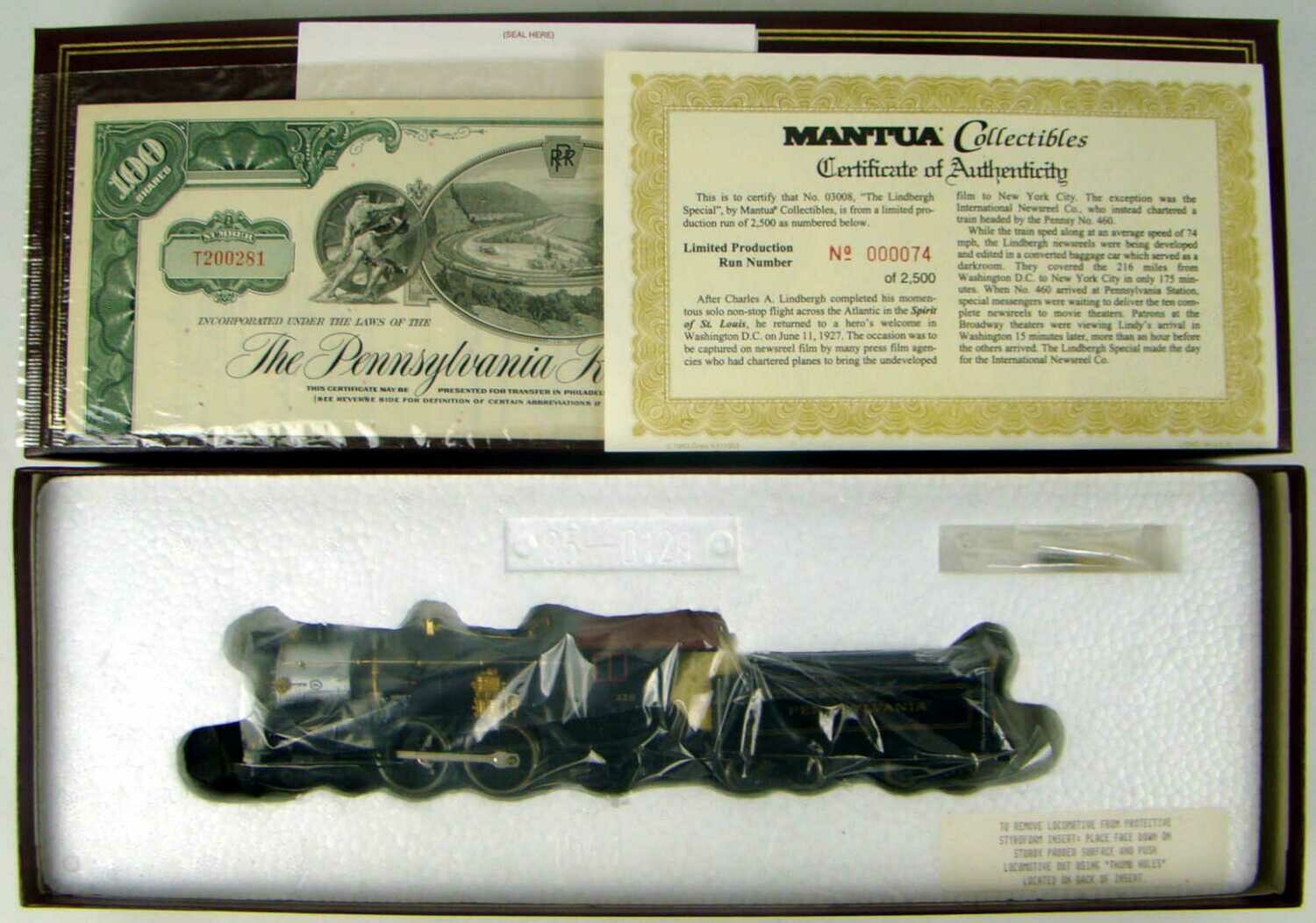 After Charles A. Lindbergh completed his momentous solo non-stop flight across the Atlantic in the Spirit of St. Louis, he returned to a hero's welcome in Washington D.C. on June 11, 1927. The occasion was to be captured on newsreel film by many press film agencies who had chartered planes to bring the undeveloped film to New York City. The exception was the International Newsreel Co., who instead chartered a train headed by Pennsy No. 460.

While the train sped along at an average speed of 74 mph, the Lindbergh newsreels were being developed and edited in a converted baggage car which served as a darkroom. They covered the 216 miles from Washington D.C. to New York City in only 175 minutes. When No. 460 arrived at Pennsylvania Station, special messengers were waiting to deliver the ten complete newsreels to movie theaters. Patrons at the Broadway theaters were viewing Lindy's arrival in Washington 15 minutes later, more than an hour before the others arrived. The Lindbergh Special made the day for the International Newsreel Co. Visit our BLOG for a further fascinating look at survivor Pennsy E6 #460, the "Lindbergh Special".