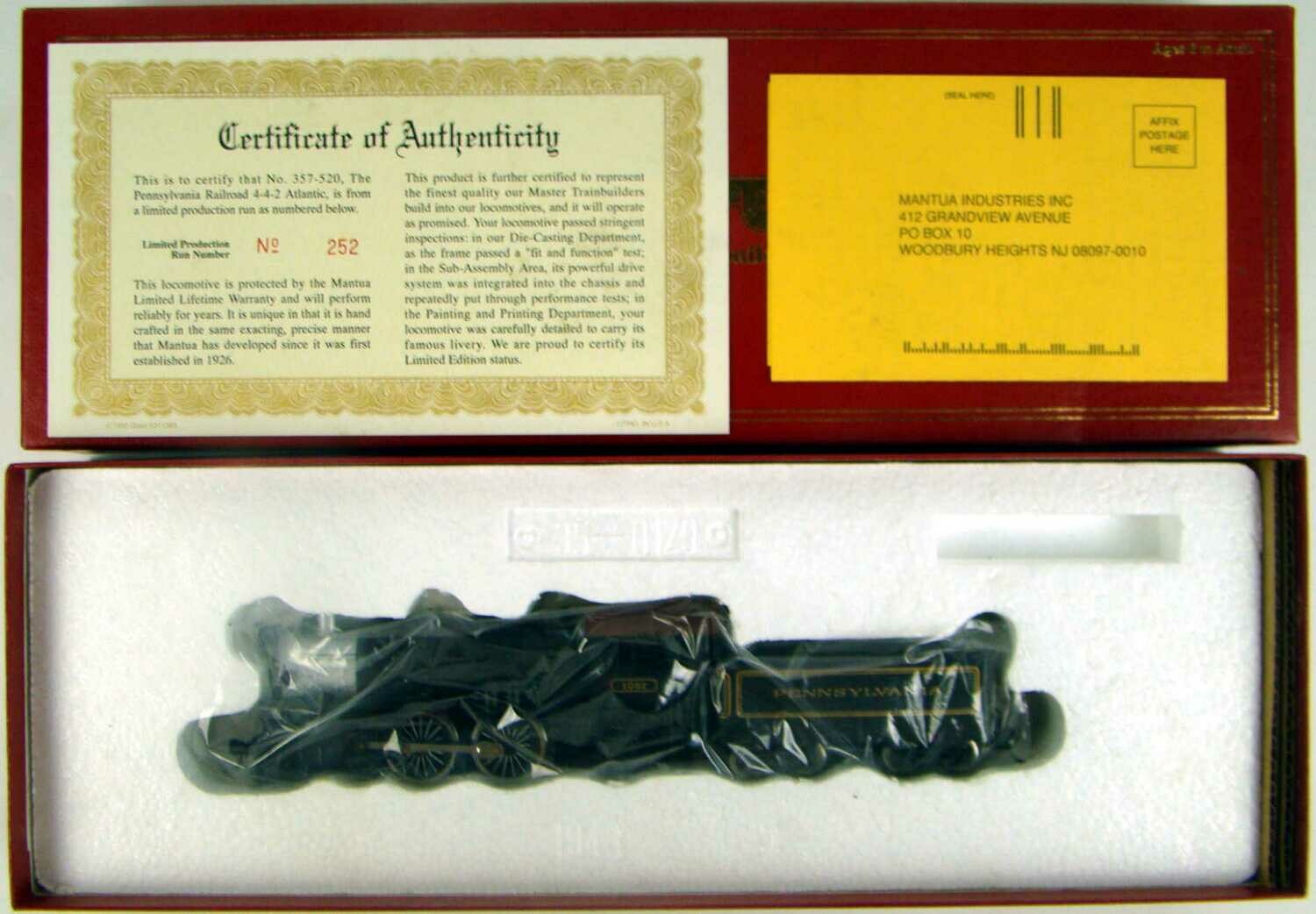 The PRR pioneered the 4-4-2 configuration with fabled results. It was a Pennsylvania Railroad 4-4-2 that led the way on the world's fastest railroad run on June 12, 1905, reaching a record breaking speed of 127.1 mph across the Ohio landscape. It was, however, another Pennsy E6 Class 4-4-2 that, in 1927, would become the most famous of all and give the E6 Class the name "Atlantic". Click HERE for a fascinating look at survivor Pennsy E6 #460, the "Lindbergh Special".

The PRR 4-4-2 reached the pinnacle of performance with the E6 Class. A single prototype E6 locomotive, #5075, was turned out by the PRR's Juniata Shops in 1910. After the railroad's normal fashion, it would embark on a lengthy process of testing and experimentation before a production order was placed. Given that by 1910 the larger 4-6-2 "Pacific" type was the accepted express passenger locomotive, it was somewhat contrarian for the PRR to be considering a new Atlantic class for that service. The E6, however, proved worthy of the experiment.In road testing on the Fort Wayne Division the E6 averaged 75.31 mph (121.20 km/h) start to stop for 105 miles with a nine-car train, as well as 66.6 mph (107.2 km/h) with a thirteen-car train and 58.05 mph (93.42 km/h) with a fifteen-car train. At speeds over 40 mph (64 km/h), the E6 equaled or bettered a K2 Pacific. This was with the original cylinder bore.Superheating was applied after these tests and proved itself so well that all other locomotives in the class were built superheated as class E6s including two further prototypes. On the PRR's static test plant in Altoona the final version of the E6s produced 2,488 hp (1,855 kW) in its cylinders at 56 mph. The barrel-chested E-6 was the first locomotive to achieve over 1000 HP per driving axle.