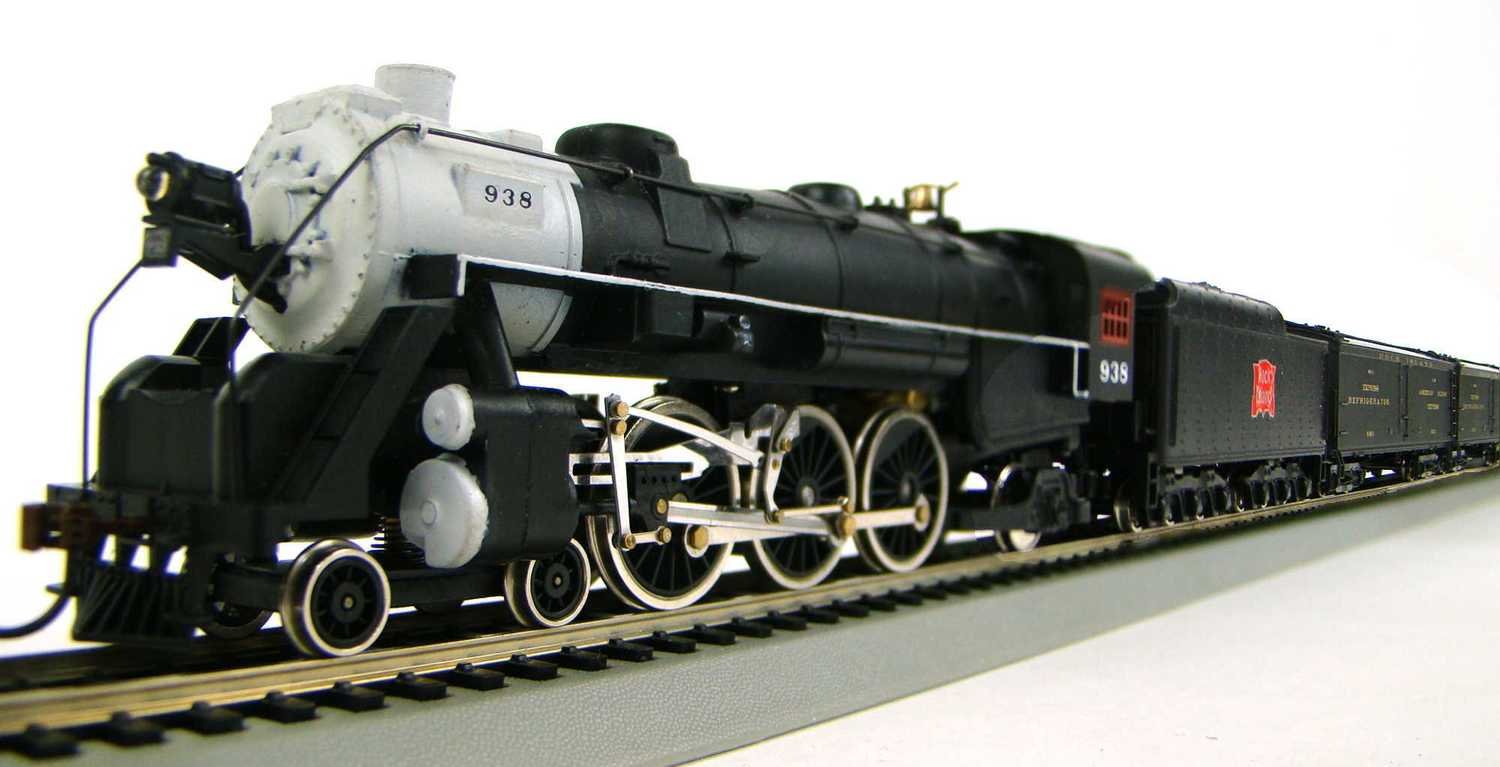 Stop right there. Mostly to entertain, we do occasionally take certain liberties. Like "Missile". Anyway, starting in 1938, the Rock Island (C.R.I.&P.) became one of the first lines to offer high-end streamlined, diesel pulled passenger service with their now legendary "Rock Island Rockets". Though there never was a Rock Island "Missile", they did have 4-6-2 fronted passenger service until just after WWII. Our fallaciously named "Missile" commemorates those last bastions of R.I. big steam passenger service.

The only two surviving R.I. Pacific' are a Class P31 #886 residing in, mostly, restored condition at the Wheels O' Time Museum north of Peoria, Illinois and a Class P33 #938 on static display at the Illinois Railway Museum in Union, Illinois awaiting restoration. For us at least, commemoration means honoring one of these survivors. As #938 is most deserving, and needing, of some love and using #886 as a model, we started with an undecorated Mantua 349004 4-6-2, painted it to match, numbered it 938 and added Rock Island livery. For the coaches we added a highly upgraded full set of vintage Roundhouse R.I. Harrimans and a gorgeous matched set of (2) Broadway Limited 1852 R.I. 53.6' Wood Express Reefers. (See features below)

Rock Island No. 938 is a class P-33 4-6-2 steam locomotive It was built in 1910 by ALCO as part of the Rock Island's first order for superheated Pacifics.

This locomotive pulled passenger trains on The Chicago, Rock Island and Pacific Railroad.

CRI&P 938 was under steam for the very last time on September 16, 1953 just before proceeding to Chicago's LaSalle Street Station for a press announcement of The Rock Island Line attaining its 100% dieselization goal.

After retirement, 938 was displayed for many years in Enid, Oklahoma, at a state hospital. It was purchased by the Fort Worth & Western Railroad (AKA, the "Tarantula") and trucked to Fort Worth with the boiler separated from the frame. 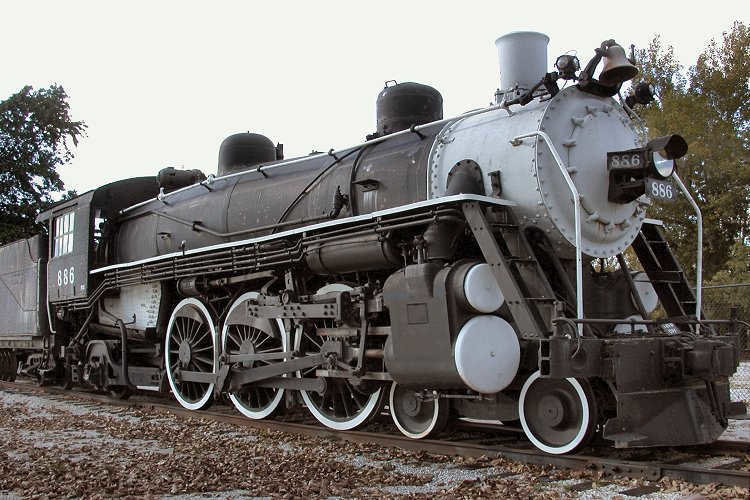 R.I. #886 on display at the Wheels O' Time Museum north of Peoria, Illinois. 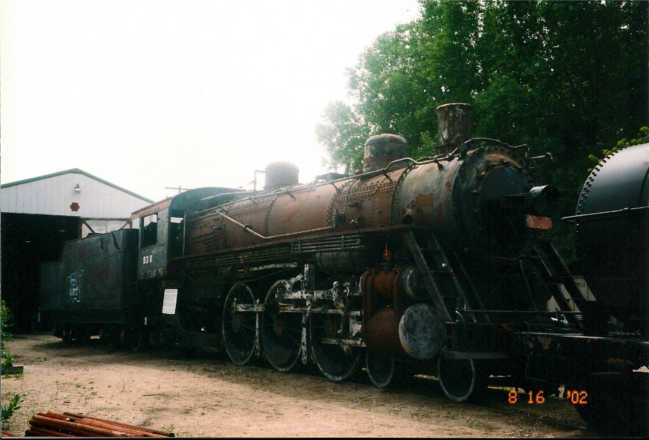 A Note on the Coach Images: The coaches are shown, and will arrive, with the roofs unattached for viewing or populating. The visible apparent gaps between the coach bodies and roofs will disappear once the roofs are attached. Since our MagLED® Lighting System uses batteries, though battery life is OVER 200% GREATER than any other system and DRAWS NO CURRENT WHEN OFF, eventually you will need to replace the batteries. We recommend attaching the roofs with non-permanent white glue (Elmer's or similar) for easy roof, and excess glue, removal. Secure the roofs with rubber bands while the glue dries.