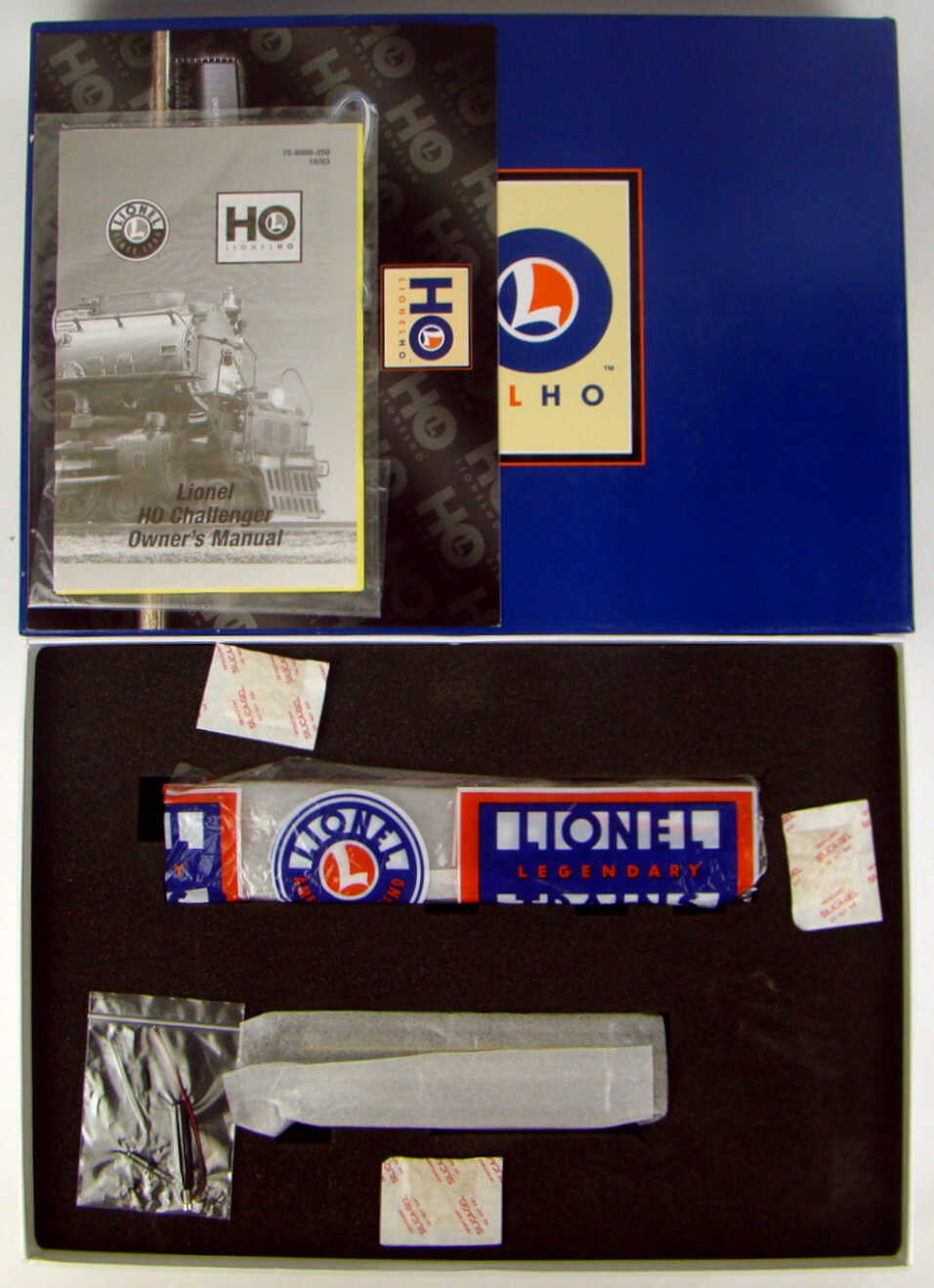 In the mid to late 1900's Lionel made two, largely unsuccessful, forays into HO Scale with products subcontracted from other manufacturers. Their third, and last foray, in 2004, would be decidedly different. The seven 2004 offerings included 6 heavy die-cast, super highly detailed 4-6-6-4 Challenger locomotives in three road names and the famous General Electric Veranda Turbine Diesel. All units included QSI® Quantum Sound and could operate in either DCC/Sound mode or in standard DC w/sound.

Definitely the heaviest, arguably the most highly detailed and, certainly, the most full featured Challenger ever offered!

HO Scale 1:87
Save this product for later
Display prices in: USD